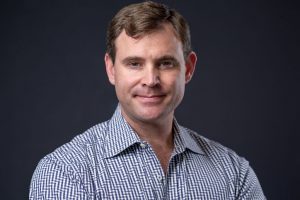 David Dolby is an active technology investor and philanthropist based in San Francisco. Under Ray Dolby’s mentorship, David has developed a strong skill set to identify tough problems worth solving and ways to change the world through technology and media.

David serves as a director of Dolby Laboratories and is a member of the technology strategy committee focused on long-term growth opportunities. David is also a director of Cogstate Limited, where he serves on the audit, nominating and governance, and compensation committees. David is also the CFO of the Ray and Dagmar Dolby Family Fund, supporting a variety of not-for-profit initiatives in academic and research institutions, and other social impact sectors. David serves as a board member of Tipping Point focused on addressing root causes of poverty in the Bay Area.

David has a BSE in Civil Engineering from Duke University and an MBA from the Stanford Graduate School of Business. David has studied overseas in Salamanca, Spain; Oxford, England; and Erlangen, Germany. David completed a year-long program at the Philanthropy Workshop West with a focus on impact investing. David has been a guest speaker at the Milken Global Conference and various impact investment and philanthropy conferences. David participates regularly in public company directors’ programs, including Stanford University’s Rock Center for Corporate Governance and Harvard Business School.

David is committed to honoring Ray Dolby’s values, his belief in supporting highly innovative cultures, and in furthering the impact of his outstanding legacy.

Pascal joined Dolby Family Ventures, L.P. in 2014 after advising the Dolby family on its direct technology investment portfolio since 2012. He is the founder and Managing Partner of Levensohn Venture Partners LLC (LVP) and the CEO of Levensohn Global LLC (LG). Pascal has over 40 years of business experience: 38 years as a professional investor and fund manager and 26 years of experience as a Silicon Valley venture capitalist. With his partners at Dolby Family Ventures, Pascal currently manages over 60 early stage portfolio company investments in sectors ranging from Augmented Reality and Aerospace to Materials Sciences and Biotech.

He is currently the Chairman of the Board of ShotSpotter, Inc. (NASDAQ:SSTI), Chairman of the board of NativeWaves GmbH (Salzburg, Austria), Vice Chairman of the board of Authentic Vision GmbH (Salzburg, Austria), a director of Integral Reality Systems, Inc., and a director of Cure Network Dolby Acceleration Partners LLC (CNDAP). He has served as board chairman, audit committee chairman, compensation committee chairman, and board secretary for venture-backed companies since 1996 and first served as a public company director in 1993. An expert on corporate governance, since 1999 he has published three widely read white papers on this topic.

He is currently a Senior Strategic Advisor to Silicon Castles GmbH (Salzburg, Austria), where his responsibilities include teaching governance best practices to European entrepreneurs as a member of the faculty of the Startup Executive Academy (since 2016).

Pascal is a former director of the National Venture Capital Association (2007-2011). He is a faculty member of the Kauffman Fellows Program Center for Venture Education (since 2006) where he teaches the Corporate Governance module. He is a life member of the Council on Foreign Relations and a former Trustee of the American Academy in Berlin.

Andrew joined Dolby Family Ventures in 2014 and currently serves as a managing director where he helps lead technology investments across a range of portfolios.  Andrew is a board director of Phase Four, TripleBlind and H2U and a board observer of Diamond Age and Roviero. His previous director roles include Discover Echo (acquired by Cellink) and Plethora. He is a Kauffman Fellow, Class 22.

Prior to Dolby Family Ventures, Andrew earned an MBA at the Haas School of Business at UC-Berkeley, where he graduated with honors and was the recipient of the inaugural Investment Management Fellowship and the CFA Merit Award, as well as being a Consortium Fellow.  He has served as a Mentor in the Investment Fellowship Program since 2016.

Andrew spent five years in investment banking at Barclays Capital, Merrill Lynch and RBS, where he was a Vice President in the Technology, Telecom & Media group focused on the capital markets.  Andrew began his career in the Valuation Advisory Practice of Ernst & Young.

Andrew has a BS degree from the University of Virginia’s McIntire School of Commerce, with a double-concentration in Finance and Accounting. 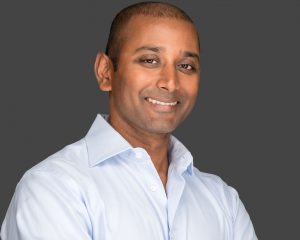 Sourav joined Dolby Family Ventures as Managing Director of Life Sciences in 2022, where he invests in early-stage neuro companies with particular focus on Alzheimer’s Disease and broadly neurodegeneration, clinical depression and broadly psychiatry, and neurotech. Sourav is a board director of MindImmune Therapeutics and Reservoir Neuroscience and a board observer of Libra Therapeutics, Neurotherapia, Paros Bio, Quralis, and Therini.

Prior to Dolby Family Ventures, Sourav was at Verily (fka Google Life Sciences) as the business lead for programs and partnerships for a wide-range of next-generation technologies at the convergence of life sciences and data science. This includes programs with Allergan, the Broad Institute, Gilead, Procter & Gamble, Verb Surgical (acquired by Johnson & Johnson) and Verily’s efforts towards the opioid epidemic and the COVID-19 pandemic (helping to test 2M+ people between March to July 2020).

Prior to Verily, Sourav was at Varian (previously, NYSE: VAR), where he enabled the strategic transformation of the company. At Varian, Sourav created corporate strategy, executed towards that strategy via $2B of M&A, partnerships, and equity investments, cofounded a venture capital arm, grew the ~$250M China business while working in China, and led the rollup of interventional oncology assets to create a new business unit. Varian was acquired by Siemens Healthineers for $16.4B.

Sourav started his career as an entrepreneur by cofounding Xenocor, which commercializes single-use, small footprint laparoscopy enabling widespread access to minimally invasive surgery. By training, Sourav has a PhD in Biomedical Engineering from the University of Utah, where he was a Lassonde Scholar. His doctoral research focused on developing imaging biomarkers for neurodegenerative diseases, specifically Alzheimer’s Disease. Sourav has BS in Biomedical Engineering with a specialization in Electrical Engineering from Penn State.

Francesca joined Dolby Family Ventures in 2021 from Alector where, as a senior scientist, led a target discovery program, and supported multiple others in the neuroimmunology/neurodegeneration space.

She spent five years at Washington University in St. Louis for her postdoc, where she focused her research on neurodegeneration, particularly on multiple sclerosis and Alzheimer’s disease. During this time, she also served as a consultant for the Biotechnology and Life Sciences Advising (BALSA) Group.

Before moving to the United States Francesca was a fellow at the San Raffaele University in Milan, Italy, studying the relationship between iron and neurodegeneration.

Francesca earned a PhD in Microbiology from the University of Brescia, in Italy. From the same university she earlier received an MS in Medical Biotechnology, with honors, and a BS in Biotechnology.

Alona began working with Dolby Family Ventures in 2014 while working for Levensohn Venture Partners, which she joined back in 2006. Prior to that, Alona worked at J.P. Morgan as an Executive Assistant in the Technology, Media, and Telecom Investment Banking group. Her experience at J.P Morgan includes three years of client entertainment and event planning. She has also worked as an executive assistant at ThinkEquity Partners, Pacific Crest Securities, and OffRoad Capital. Alona has a BS in Business Administration from the University of San Francisco.