Use the following quick links to skip to each board member’s bio: 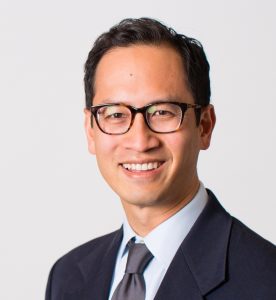 Edward Chang, MD, is the Joan and Sanford Weill Chair and Jeanne Robertson Distinguished Professor of Neurological Surgery at the University of California, San Francisco.  Dr. Chang’s clinical expertise is surgical therapies for epilepsy, brain tumors, and cranial nerve disorders. He specializes in advanced neurophysiologic brain mapping methods, including awake speech and motor mapping, to safely perform neurosurgical procedures in eloquent areas of the brain.  His research focuses on the discovery of cortical mechanisms of high-order neurological function in humans.  Dr. Chang’s laboratory has demonstrated the detailed functional organization of the human speech cortex and has translated those discoveries towards the development of a speech neuroprosthetic device to restore communication for people living with paralysis.  Dr. Chang is the 2015 Blavatnik National Laureate in Life Sciences and was elected to the National Academy of Medicine.

Howard Fillit, MD, is a geriatrician, neuroscientist, and innovative philanthropy executive, who has led the Alzheimer’s Drug Discovery Foundation (ADDF) since its founding. Dr. Fillit has held faculty positions at The Rockefeller University, the SUNY-Stony Brook School of Medicine and the Cornell University School of Medicine. In 1987, he joined the Mount Sinai School of Medicine, where he is a clinical professor of geriatric medicine and palliative care, medicine and neuroscience. Dr. Fillit also maintains a limited private practice in consultative geriatric medicine with a focus on Alzheimer’s disease and related dementias.

Larry Fritz is a scientist/entrepreneur with over 30 years of experience in the biotechnology industry. He has founded, co-founded, and run multiple companies in different therapeutic areas.

Most recently he was co-founder, President and CEO of Propellex Bio, a biopharmaceutical company focused on the control of protein degradation for the treatment of neurodegenerative diseases. Prior to Propellex, he was founder, President and CEO of Incro Pharmaceuticals, developing drugs to block programmed necrosis and inflammation in the brain and other organs. His earlier companies include Covella Pharmaceuticals focused on autoimmune diseases, Auspex Pharmaceuticals developing a new drug for Huntington’s disease, and Conforma Therapeutics developing drugs that induce tumor cells to degrade their deregulated signaling proteins.

Prior to Conforma, Dr. Fritz co-founded both Athena Neurosciences and Idun Pharmaceuticals. Athena pioneered the application of molecular biological techniques to the understanding and treatment of Alzheimer’s disease and developed drugs for the treatment of multiple sclerosis and neuromuscular disorders.  Idun focused on pharmaceutical applications in the field of apoptotic cell death and developed new approaches to the treatment of liver diseases and cancer.

Prior to Incro he was founder, President and CEO of Covella Pharmaceuticals, a company focused on α1 integrin, a novel adhesion molecule target for the treatment of autoimmune diseases.  Covella was acquired in 2010 by Santarus, Inc.  Prior to Covella, he founded Conforma Therapeutics and served as its President and CEO from inception through its acquisition by Biogen Idec in 2006.  Conforma pioneered a new approach to cancer therapy, developing drugs that induce tumor cells to degrade their deregulated signaling proteins.  Dr. Fritz was also a founder and Director of Cabrellis Pharmaceuticals, a specialty pharma cancer company spun-out from Conforma; Cabrellis was subsequently acquired by Pharmion Corporation.  Prior to Conforma, Dr. Fritz co-founded both Athena Neurosciences, which was acquired by Elan Corporation, and Idun Pharmaceuticals, subsequently acquired by Pfizer. As Vice President of Research at Athena, his work led to the successful development of Tysabri® for multiple sclerosis, Myobloc® for neuromuscular disorders, and new approaches to the treatment of Alzheimer’s disease.  While Executive Vice President, Research at Idun, he led R&D teams that pioneered pharmaceutical applications in the field of apoptotic cell death.  These efforts led to new approaches to the treatment of liver diseases and cancer.

Lennart Mucke, MD, is the Director of the Gladstone Institute of Neurological Disease. He is also the Joseph B. Martin Distinguished Professor of Neuroscience and a Professor of Neurology at the University of California, San Francisco (UCSF). He has joint appointments in UCSF’s Neuroscience, Biomedical Sciences, and Medical Scientist (MD/PhD) Graduate Training Programs.  Dr. Mucke is a graduate of the Georg-August University (Magna Cum Laude) and the Max Planck Institute for Biophysical Chemistry (Neurobiology) in Göttingen, Germany. He trained in internal medicine at the Cleveland Clinic, in neurology at the Massachusetts General Hospital and Harvard Medical School, and in neuroimmunology and neurovirology at The Scripps Research Institute, where he was subsequently appointed to the faculty. He was recruited to the Gladstone Institutes and UCSF in 1996.

Dr. Mucke’s research focuses on processes that result in memory loss and other major neurological deficits, with an emphasis on Alzheimer’s disease and related disorders. He has generated informative experimental models of these conditions and used them to identify novel strategies to prevent neurological decline. As the founding Director of the Gladstone Institute of Neurological Disease, he has created a leading program for research and training in disease-focused neuroscience.

Dr. Mucke is a member of the American Neurological Association, the Association of American Physicians and the Dana Alliance for Brain Initiatives. He has served on the National Advisory Council on Aging for the U.S. National Institutes of Health and on the Scientific Advisory Board of the U.K. Dementia Research Institute at University College London.  He has also chaired the Senate of the German Center for Neurodegenerative Diseases (DZNE).   Awards and honors Dr. Mucke has received for his accomplishments include the Potamkin Prize from the American Academy of Neurology, the Metlife Foundation Award for Medical Research, American Pacesetter Award from the ARCS Foundation, the Kalid Iqbal Lifetime Achievement Award and the Zenith Award from the Alzheimer’s Association, a MERIT Award from the NIH, and an Award for Excellence in Direct Teaching and Mentoring from the Haile T. Debas Academy of Medical Educators. 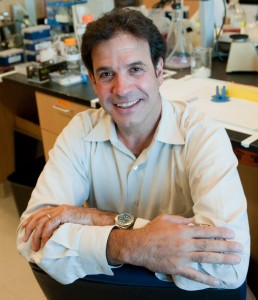 Dr. Rudolph Tanzi serves as Chair of the Cure Alzheimer’s Fund Research Consortium. He is also the Joseph P. and Rose F. Kennedy Professor of Neurology at Harvard University and Director of the Genetics and Aging Research Unit and Vice-Chair of neurology at Massachusetts General Hospital (MGH).  Dr. Tanzi directs the Alzheimer’s Genome Project and over the past three decades discovered many of the genes responsible for Alzheimer’s disease genes and other neurological disease genes including that responsible for Wilson’s disease. He is also developing several novel therapies for Alzheimer’s, two of which are in clinical trials.

Dr. Tanzi serves on dozens of editorial and scientific advisory boards, and as Chair of the Cure Alzheimer’s Fund Research Consortium. He is the recipient of the two highest awards for Alzheimer’s disease research: The Metropolitan Life Award and The Potamkin Prize and also honored by The Chopra Foundation’s 2012 Rustum Roy Spirit Award for his exemplary work in the in science and serving humanity.  Dr. Tanzi has been included on the “Harvard 100 Most Influential Alumni” by 02138 Magazine, and was chosen by the Geoffrey Beene Foundation as a “Rock Star of Science”. Most recently, he was included on the Time magazine “2015 TIME 100 Most Influential People in the World”, and has been acknowledged by as one of the “World’s Most Influential Scientific Minds”, 2014” by Reuters-Thompson, and named one of the “Top 20 Translational Scientists, 2013” by Nature Biotechnology.

Dr. Tanzi’s musical pursuits have lead him to perform the keyboards with Joe Perry, lead guitarist and co-founder of the legendary rock band, Aerosmith as well as appearing on Aerosmith’s 2012 album “Music From Another Dimension. More recently, Dr. Tanzi has teamed up with singer/song-writer, Chris Mann, to create music and music videos to fundraise for Alzheimer’s disease research.

Michael Weiner, MD, is a Professor in Residence in Radiology and Biomedical Imaging, Medicine, Psychiatry, and Neurology at the University of California, San Francisco (UCSF). He is Principal Investigator of the Alzheimer’s Disease Neuroimaging Initiative (ADNI), which is the largest observational study in the world concerning Alzheimer’s Disease, which has enrolled over 2000 subjects (including controls, MCI, and AD) at 60 sites across the USA and Canada for cognitive testing, MRI, PET, and lumbar puncture. Dr. Weiner founded and launched The Brain Health Registry, which is a web-based registry for recruiting, screening, and longitudinally monitoring subjects for neuroscience studies of all types. He founded, and for many years, directed the Director of the Center for Imaging of Neurodegenerative Diseases (CIND) at the San Francisco Veterans Affairs Medical Center.

After graduating from the Johns Hopkins University in 1961, He obtained his M.D, from SUNY Upstate Medical Center in Syracuse, New York in 1965, and he completed his internship and residency in Medicine from Mt. Sinai Hospital in 1967. From 1967-1968, Dr. Weiner completed a residency and clinical fellowship in Metabolism from Yale-New Haven Medical Center. In 1970, he completed a research fellowship in Nephrology from Yale University School of Medicine and a research fellowship in Biochemistry from the University of Wisconsin Institute for Enzyme Research in 1972, followed by a joint appointment in the Department of Medicine, Renal Section from the University of Wisconsin Institute in 1972. In 1974 he became an Assistant Professor of Medicine (Nephrology) at Stanford University, and in 1980 he became an Associate Professor of Medicine (Nephrology) at UCSF. In 1983, he established the Magnetic Resonance Unit at the San Francisco VA Medical Center, which became the Center for Imaging of Neurodegenerative Diseases in 2000. In 1990, he became a Professor of Radiology, Medicine, Psychiatry and Neurology at UCSF.

Dr. Weiner’s research activities involve the development and utilization of MRI and PET for investigating and diagnosing neurodegenerative diseases. In 1980, Dr. Weiner was one of the first to perform MRS on an intact animal, and subsequently pursued his goal to develop MRI/S as a clinical tool. During the past 25 years he has worked to develop and optimized the use of MRI, PET, and blood based biomarker methods to diagnose Alzheimer’s disease and other neurodegenerative disorders.

Dr. Weiner is also the founder and Principal Investigator of the Brain Health Registry, a web-based patient registry to facilitate recruitment, assessment and longitudinal monitoring of brain function for neuroscience studies and randomized clinical trials.

Dr. Weiner has over 900 published articles and he has written 70 book chapters.  He has won numerous awards including the Young Investigator Award of the American College of Cardiology, the Middleton Award for outstanding research in the VA, the Nancy and Ronald Reagan Award (on behalf of ADNI), and the Potemkin Award from the American Association of Neurology.